Concert For The Cause 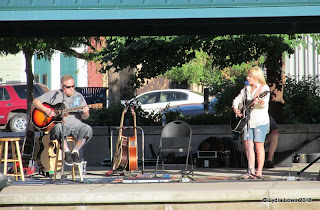 
Back by popular demand, Morgan Wilk and Sean Story showed up for a surprise visit to open Saturday's party in the park.  These two performers really got the park rockin' and rollin'.  The crowds of people in attendance must have known they were going to be there, or were hoping because crowd attendance was at an all time high.  The duo performed for about an hour and closed their set with a duet that they sang together and it was truly a highlight.  Lots of applause at the end of this song with people on their feet. 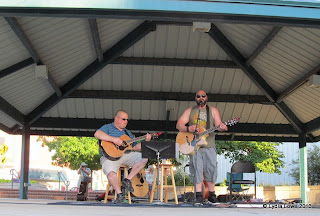 Then it was time for the Soapbox Trubadores to take the stage.  When this group was performing their sound check they played through an entire song.  The crowd had begun to gather by then and folks were setting you their spots in the park.  The group got a standing ovation when they finished.  I thought this might be due to the fact that everyone was up and down getting settled in for the evening, although it was a pretty spectacular sound check.  Talk in the park was that everyone thought the show might have started early and then they realized it was the sound check.  Funny thing though,when they played the song during their set, it happened again.  No one was ready to leave at this point, this song, as well as all the others before it, were just that good.

As day turned to night, it was time for Ryan Coon to take the stage.  Ryan never disappoints.  He played all the favorites that we've come to know and love from Radio Kansas "Nightcrossings".  Ryan's music is just so full of feeling, the rhythms just wash over you and right into your soul.  And it wouldn't be a complete Ryan Coon experience without some new music and experiments with sound and technology.  Truly an amazing evening.

The featured non-profit was The Salvation Army.  Morgan Wilk donated half of the proceeds from the sales of  her CD's Saturday night to The Salvation Army.  It was a banner night for food sales, The Salvation Army sold out of food which Wal Mart graciously provided and nearly all of the Pepsi products and water.  The Mel Hambleton van ran out of ice cream and popsicles.

Next week, the featured performers will be Carla Ayala and Jonathan Flieg and The Salvation Army will once again be the featured non-profit.  Who knows what surprises will be in store next week.  Bring the family or a group of friends, enjoy cold drinks or water along with supper and there's even dessert.  Add in some fantastic music and a chance to see friends and neighbors.  You don't want to miss it.  If you miss a week of Concert For The Cause, you miss a lot!
Posted by Lydia at 8:30 AM 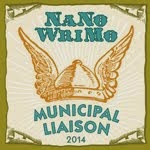